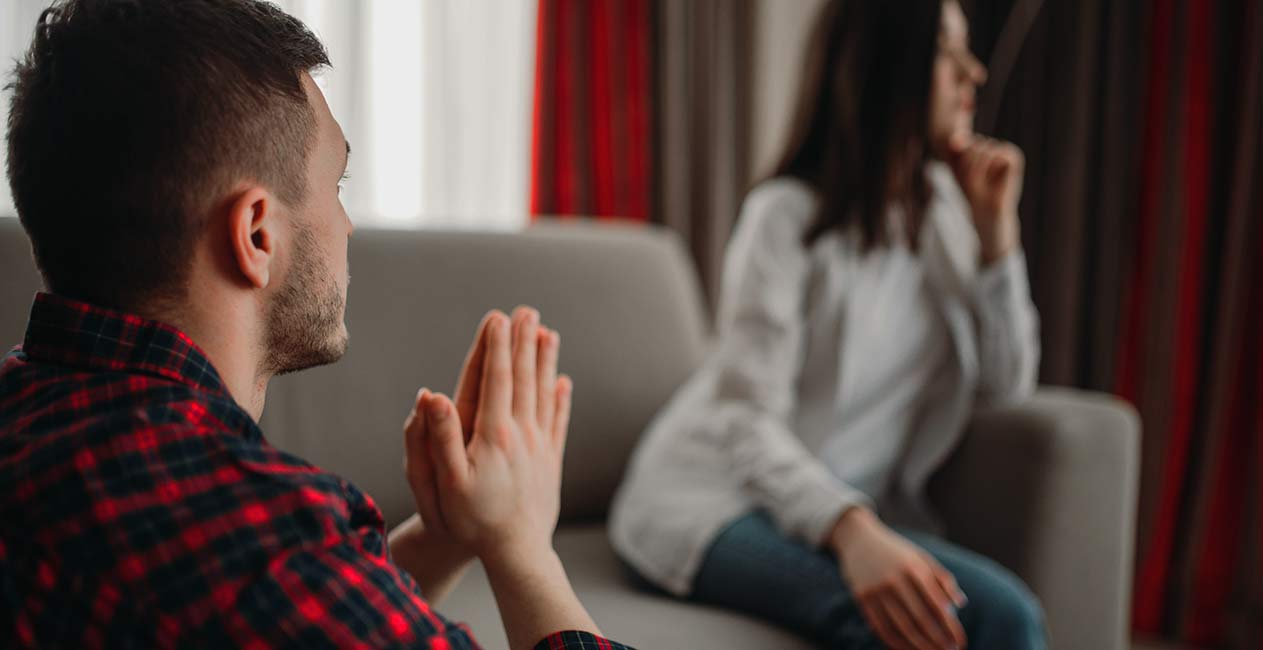 How a Family Can Cope with Domestic Violence Charges in Michigan

Impact of Domestic Violence on Families

An isolated incident of domestic violence can tear a family apart. Although a court might have the best intentions, bond and probation conditions can severely handicap a family’s ability to keep things together.

In stressful times, tensions can arise in a family, and arguments can get out of control.

When police respond to a domestic violence dispatch, they will pressure someone, usually a woman or a child, to press charges even if there was no violent act. Although it might be easy to judge a person accused of domestic violence negatively, the truth is almost always more complicated than it seems. Unfortunately, people simply believe the allegations are valid regardless of the evidence or lack of evidence. False allegations, exaggerations, and outright lies are standard in domestic violence misdemeanor and felony cases. So how does someone prove they didn’t do it? They prove it by working with a highly experienced attorney with an unparalleled track record of exposing false claims of domestic violence and assault. The impact of domestic violence on families can be severe. Therefore, it is best to get top legal representation to protect and defend you and do whatever it takes to prevent a conviction and jail time.

What about when the “victim” doesn’t want to press charges?

An argument can get heated, and often people say terrible things during a dispute with a family member, spouse, child, or roommate. It is typical for someone, usually a neighbor or concerned family member, to call the police at the first sign of a heated exchange of words. When the police arrive, they fully intend to leave with someone under arrest and in custody. Even if there was no actual assault, police will often manipulate or coerce a witness into saying the situation was assaultive, even when it was not. In most cases, the police believe an assault occurred even when everyone denies that any violence occurred. In these cases, the officers pressure someone, usually a woman or a child, to agree that a violent act occurred. Unless someone says there was an assault or independent evidence of an assault, the police cannot legally make an arrest. There must be probable cause to believe someone committed a crime to arrest them lawfully. In other cases, officers sometimes purposefully and falsely claim that someone alleged abuse if they only have a hunch there was an assault, despite no legitimate evidence of a crime.

In those cases where someone falsely or mistakenly alleges an assault, the “victim” may want to drop the charge to avoid the wrongful impact of domestic violence charges on their family. Unfortunately, the prosecutor will almost always believe the victim is falsely recanting. When the victim reports that the allegations are untruthful or exaggerated, the prosecutor will likely disregard that information and press on with the prosecution. In virtually every case, the victim causes more damage and makes it more difficult for a lawyer to get the charges dismissed. Most prosecutors are not on the side of justice or doing what is “right.” They are out for convictions and will take every opportunity to twist anything said to be harmful to the defendant.

What if the assault did happen? Can the impact of a domestic violence conviction, such as jail, be reduced on families?

Not necessarily. Stress, anxiety, depression, and anger can lead to a person acting out regrettably. People who care about each other sometimes use harmful and hurtful words during heated arguments. People have a breaking point, and someone may react physically and touch a family member in an inappropriate or assaultive way. In other cases, a person may have an anger or control problem and need intensive physiological help. When a person who is a member of the same household is touched in a forceful, violent, harassing, or unwanted manner, this is domestic violence under Michigan law. The Defense Team with LEWIS & DICKSTEIN, P.L.L.C. has an unparalleled track record of helping clients in this situation and mitigating the impact of domestic violence on families. We have helped thousands of clients avoid convictions and jail time and get the help they need without undue punishment.

Can charges be dismissed without a trial?

Sometimes, a domestic violence charge can be dismissed or thrown out of court. Most domestic violence cases do not have independent, objective evidence showing who is at fault or even if an assault occurred. The fact that a person has a bruise or abrasion, for example, is circumstantial evidence, not direct evidence. There may be legitimate, non-assaultive, truthful explanations to explain why a person suffered an injury. An experienced, highly talented lawyer who routinely handles domestic violence cases will know exactly how to build a persuasive defense. Suppose the defense can show an assault didn’t occur, or at least that the defendant is not the person who committed an assault. In that case, it may be possible to get all charges dismissed and avoid the impact of a domestic violence conviction.

What is the possible penalty for domestic violence in Michigan?

Domestic violence typically carries a maximum of 93 days in jail and up to 2 years of probation. Judges routinely order terms of probation with cumbersome, time-consuming, and expensive requirements. For example, many judges will order a 52-week domestic violence program that takes up a ton of time and costs a lot of money. The “therapists” are harsh, judgmental, and condescending. They will not hesitate to fail someone out of the class because of late arrival, failure to adequately accept responsibility, or based on a false claim of a probation violation. A person will have to start over if they are kicked out of class before its completed. Domestic violence will carry a 1-year maximum sentence if there is an injury. If the injuries are severe, the defendant allegedly used a weapon, or they have prior convictions, the charge may be a felony punishable with time in prison and up to 5 years of probation. The impact of a domestic violence felony is potentially more severe than a misdemeanor.

What about a violation of probation following a domestic violence conviction?

In addition to jail time, judges almost always order a defendant to serve one or two years on court supervision or probation. Throughout Michigan, probation officers commonly have a zero-tolerance policy and will bring the matter for a probation violation hearing following the slightest technical violation. Because the defendant is already a “convicted batterer,” any new allegations of violence, aggression, harassment, or yelling will result in a violation and possible jail time, even if the allegation is untrue. Judges and prosecutors frequently believe any post-conviction accusation against the defendant regardless of whether there is proof and, often, even when the claim lacks credibility.

Getting a Reasonable Bond with Domestic Violence Charges

People charged with domestic violence must face a judge or magistrate for arrangement. Someone without a criminal history is more likely to receive a personal or low bond. If the allegations are severe or the defendant has prior convictions, the Court might require a cash or surety bond. The best hope of getting a personal bond, one not requiring the deposit of money, is with qualified legal representation at the arraignment hearing.

If a court issues a domestic violence arrest warrant for someone, that person should only appear in court with a lawyer. A person who voluntarily self-surrenders with retained counsel at arraignment will get a lower bond. Again, never turn yourself into a court or police department without an attorney by your side. The impact of domestic violence charges on a family can spiral out of control if a defendant remains behind bars and is unable to work, attend school, or participate in mental health counseling.

What is the best defense against domestic violence charges in Michigan?

A top-rated, experienced, and savvy domestic violence defense lawyer is the best defense. Courts usually deal with court-appointed or bargain lawyers who routinely sell out their clients and manipulate them into accepting unfavorable plea bargains and overly harsh sentences. When a bold, aggressive, and effective retained lawyer steps into the courtroom, everyone knows that the defendant will have an advocate who will not stand for a “kangaroo court” or “railroad justice.”