An EtG Test is used in a lot of court’s to determine if people have consumed alcohol.

How does the EtG work?  Is it accurate?  Can it be wrong? 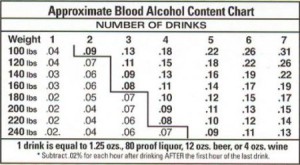 Ethyl Glucuronide is produced by drinking alcohol. It remains in a person’s urine for as long as 5 days. Court’s and probation department’s routinely use the EtG test to determine if people are drinking alcohol in violation of a court order. It is considered a reliable test by most courts and probation departments.  However, this is not necessarily true.

What about a false positive?

It is possible to get a false positive from the environment. Things like hand sanitizers, cleaning products, beauty products and certain food and beverages can have an effect on a test. There have been studies as to the accuracy of the EtG test and it has been found that positive tests have happened in test subjects that had not consumed alcohol.  The studies had minimal test participants and did not take any physical ailments or attributes into consideration, such as weight, height, age or disease.  In fact, the U.S. Substance Abuse and Mental Health Services Administration has cautioned that the test is “scientifically unsupportable as the sole basis for legal or disciplinary action” because the highly sensitive tests “are not able to distinguish between alcohol absorbed into the body from exposure to many common commercial and household products containing alcohol and from the actual consumption of alcohol.”  The Role of Biomarkers in the Treatment of Alcohol Use Disorders, Substance Abuse Treatment Advisory, Volume 5, Issue 4, 2006.

The courts and probation departments LOVE this test and make decisions every day that effect a person’s future and freedom based on the results.  It is clear, based on the studies, that the results are far from completely reliable.  There is no way to tell if the positive test is from actual consumption of alcohol or dying your hair.

Michigan criminal defense attorneys that focus on helping people with bond and probation violations because of positive tests. 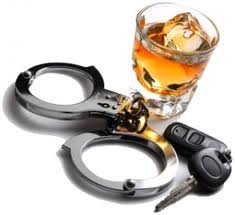 When a court orders you to do alcohol and/or drug testing while on bond or as part of a sentence it is important that you do it. While it is important to do what you are ordered to do, the testing process is not completely reliable.  There are false positives. However, mistakes do happen and so do relapses. If you are facing a bond or probation violation because of a positive EtG, or any other testing method, it is important that you have the best legal team available. A violation of bond or probation can result in incarceration. The law firm of LEWIS & DICKSTEIN, P.L.L.C. has a well deserved reputation of success in handling cases where people are facing bond or probation violations due to a positive EtG test or other test. Our attorneys have decades of experience in courtroom’s nationwide helping people facing possible penalties for testing positive. Our firm has relationships with members of the scientific community that can serve as expert witness, if necessary. Our firm also has relationships with mental health and substance abuse treatment providers that can help, again, if necessary. LEWIS & DICKSTEIN, P.L.L.C. is here to help. Please call us at (248) 263-6800 or complete a Request for Assistance Form and one of our award winning attorneys will call you.