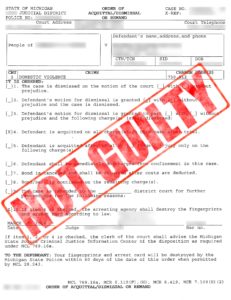 Last week, LEWIS & DICKSTEIN, P.L.L.C. secured another NOT GUILTY verdict for one of the firm’s clients, a man accused of assaulting his own daughter. Although it was an act of parental discipline he was charged with domestic violence, a crime that carries a lot of baggage including a lifetime ban on owning firearms, restrictions from eligibility for certain jobs, and the permanent label of “abuser.”

In the case of the client, he was charged with an assault and battery of his young daughter. She told her school counselor that her father attacked her and the counselor informed the police. Child Protective Services (CPS) began its own investigation into the matter to determine whether a petition to terminate his parental rights was warranted.

All this, the criminal charge and CPS investigation, began because the client is a devoted father. His daughter had not been doing well in school and she had begun getting into trouble using her phone inappropriately. Concerned over her falling grades and phone use, and faced with an increasingly defiant child, the client spanked his daughter. Once. 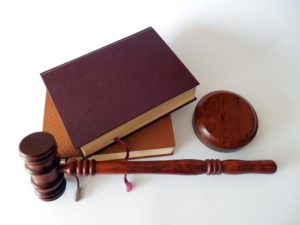 Domestic violence is defined in Michigan as an assault or assault and battery that one commits against a spouse, romantic partner, family member, or other person living with the accused. The State of Michigan allows parents to use corporal punishment so long as it is reasonable. Parental discipline is legal and its use is a defense against assaultive criminal charges if the defendant can demonstrate that the force was used for disciplinary purposes and the prosecutor fails to prove beyond a reasonable doubt that the force used was not reasonable. Reasonableness is subjective so it is important at trial that any defendant affirmatively assert the reasonableness of the force, despite the fact that the burden of proof is supposed to lie with the prosecution.

After securing an outstanding resolution of the CPS investigation (the Michigan Department of Health and Human Services determined, by a preponderance of the evidence, that no abuse had occurred), LEWIS & DICKSTEIN, P.L.L.C. senior trial attorney George MacAvoy Brown sought a just conclusion to the criminal case. He negotiated with the prosecutor and secured the best deal possible short of a dismissal: a reduced plea to Breach of the Peace with a dismissal after six months of non-reporting probation under MCL 771.1. It was an incredible deal but the client had to make the call. He simply couldn’t bring himself to take the safe way out. He knew he was innocent. It was a good thing he hired a firm that’s NOT AFRAID TO WIN.

After a tough trial that involved testimony from multiple witnesses, including the man’s young daughter, the verdict was announced: NOT GUILTY. The charge was dismissed, the no-contact order was lifted, and the client walked away with a clean record.One of the lessons of this case was that you should ALWAYS ASK TO SPEAK WITH A LAWYER. Every citizen has a right to counsel and to be free from self-incrimination. Another lesson is that innocence may be presumed but it is not guaranteed. If you have been falsely accused of a violent offense after lawfully disciplining your child or if you have been charged with any other crime, call (248) 263-6800 or complete a Request for Assistance Form and one of the firm’s criminal defense attorneys will be be in touch to discuss your case.