Michigan Court of Appeals – A Man in Jail Who Shared Information About Former Girlfriend With Another Inmate in an Effort to Have Her Killed is Not Predatory.

In the recent case of People of the State of Michigan v Ronald Earl Cooper, the Michigan Court of Appeals decided that attempting to plan the killing of a former girlfriend did not constitute predatory behavior by Mr. Cooper so his guidelines were scored to high.  Because the guidelines were scored to high, Mr. Cooper’s ultimate sentence was to high and was reversed on appeal. 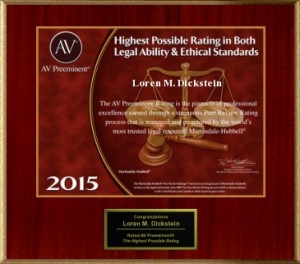 How Can Soliciting the Killing of A Former Girlfriend Not Be Predatory?

Predatory conduct encompasses pre-offense conduct such as lying in wait and stalking.  “Run of the mill” planning does not rise to the level of predatory conduct.  There must be some form of exploitation of the victim. The court decided that the information that was given to the inmate that was information that could have been gotten through innocent means while the relationship was ongoing.  So, there was no predatory behavior and scoring the 15 points under the guidelines was incorrect.

Judges and prosecutors routinely assume unfavorable facts are true with the goal of incarcerating defendants who should never be put in jail or increasing the sentences of those who are likely to be sent to jail or prison. One way this is done is artificially increase sentencing guidelines by just assuming facts are true or bending facts to fit within the sentence guidelines variables. What is the difference between a normal criminal defense lawyer and a great criminal defense attorney? Where most criminal defense attorneys are too afraid to stand up to a judge or prosecutor and fight for a lower sentence, a great lawyer will not be stopped when fighting to get the best possible sentence! If judges or prosecutors are arguing for higher guidelines, it is the defense attorney’s job to fight each and every calculation that can be challenged in good faith. If one point is improperly scored and the defense attorney is not fighting for the client, an unacceptable injustice results. 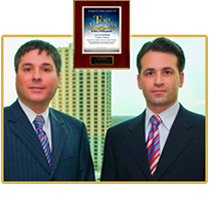 The attorneys at LEWIS & DICKSTEIN, P.L.L.C. pride themselves in being the voice for the voiceless.  It is important to our attorneys that every avenue and every defense is investigated.  LEWIS & DICKSTEIN, P.L.L.C.’s attorneys are renown for their creative thinking and being fearless about taking chances in order to protect their clients.  Our attorneys have spent their entire professional careers going the extra mile to make sure that any one that is charged with a criminal offense is given all the rights they are entitled to.  They will settle for nothing less.  If you are in trouble, or know someone who is, please call the attorneys at LEWIS & DICKSTEIN, P.L.L.C. we will put out decades of experience to work for you and make sure that all rights and entitlements you may have are honored.  Please call us at (248) 263-6800 or complete a Request for Assistance Form and one of our award winning attorneys will contact you.