Facts about Declaration of Independence

Ever Wonder About the Declaration of Independence?

The 4th of July Holiday is Over – Let’s Keep the Celebration Going a Bit Longer – Here Are Some Interesting Facts About The Declaration of Independence. 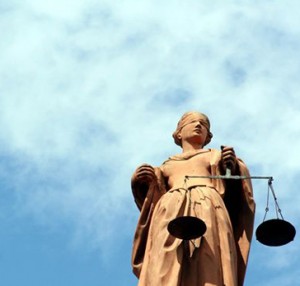 The Declaration of Independence is the document that severed all political ties with Great Britain.  It announced to the world that the 13 colonies were independent sovereign states.

1.  Is Independence Day really July 2?  The official declaration that the colonies were now independent from Britain was made on July 2, 1776.

2.  July 4 is when the Declaration was adopted.  After voting on independence, the Continental Congress needed to finalize the document explaining the move to the public.  It took two days for Congress to agree on the edits.

3.  Six people signed the Declaration and also the Constitution.  Benjamin Franklin, George Read, Roger Sherman, Robert Morris, George Clymer and James Wilson are the only people to have signed both historic documents.

4.  But they didn’t sign the Declaration on July 4th.  Once Congress approved the actual Declaration it was sent to the printers.  About 200 copies were made at that time.  Today only 26 copies remain.

5.  If you stumble upon a lost version of the original printing at a flea market what next?  In 1989 an original was found tucked behind an old picture in a frame that was purchased for $4.00.  This was eventually sold for $8.1 million.

6.  When was the Declaration actually signed?  Most of the members of the Continental Congress signed the Declaration in August, 1776 in Philadelphia.  The names were released to the public in early 1777.

7.  The Declaration’s association with Independence Day came from a lapse of memory.  In early July 1777, no member of Congress recalled that it has been almost a year signed they declared freedom from the British.  They finally remembered on July 3rd, and July 4th became the day that seemed to make sense for celebrating independence.

9.  The Declaration and Constitution were hidden away during World War II.  Both documents were taken to Fort Knox by military escort about two weeks after Pearl Harbor was bombed.

Criminal Defense Lawyers Need To Have An Appreciation of Where We Have Been In Order to Determine Where We Are Going.

The attorneys at LEWIS & DICKSTEIN, P.L.L.C. are students of law and history.  In order to fully understand the intent of the Founding Fathers in the drafting of the Declaration of Independence and the United States Constitution it is mandatory to understand both law and history.  If you are facing a criminal law problem it is important that you have a criminal defense attorney that fully understands the constitution and the rights you have as a result of it. Many attorneys who practice criminal law do not take the time to fully understand what is allowable under the constitution.  Also, many attorneys are afraid to push the boundaries to force a possible new interpretation of existing law.  The attorneys at LEWIS & DICKSTEIN, P.L.L.C. are not afraid to push the boundaries to protect their clients.   They pride themselves in offering creative and cutting edge defenses.  If you have a criminal law problem you will be in good hands with the attorneys of LEWIS & DICKSTEIN, P.L.L.C.  Please call us at (248) 263-6800 for a free consultation or complete a Request for Assistance Form and one of our award winning attorneys will contact you.