Restitution is the action of requiring the repayment of an entity or person that was damaged, or lost something, as a result of the commission of a crime. As an example, if a criminal defendant breaks a window while committing a crime, the court will order restitution in the amount of the broken window to the crime victim. The logic is that no one should have to pay for damages that were suffered as the result of the wrongful act of someone else. The State of Michigan has tried to receive restitution from a criminal defendant for the costs of investigating and prosecuting a criminal defendant. The Michigan Court of Appeals in People v Gaines (decided in late, 2014) determined that an actual loss can be recovered by the government is this is a “direct physical or financial harm as a result of a crime”.  An example would be governmental funds used by a narcotics team to buy drugs would be a financial loss. However to access salaries and overtime pay, cost and maintenance of vehicles against a defendant as restitution is not allowed for the reason that these are costs that would be incurred anyway regardless of whether a particular defendant committed a crime and could not be reimbursed through restitution.

Because the law requires restitution in all criminal cases where there is a loss to an alleged victim, some prosecutors and judges see this as an opportunity to further punish the defendant. Some alleged victims often over-report their losses in an attempt to gain a profit from the defendant’s prosecution. Both practices are wrong and although many lawyers lack the confidence and experience to fight an order of restitution, the experienced restitution attorneys with LEWIS & DICKSTEIN, P.L.L.C. will take whatever steps are necessary to protect our clients and ensure they are being treated fairly and that they have every possible advantage.

Premier Attorneys In Michigan Can Help With Restitution Issues 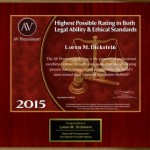