As discussed in an earlier blog post, prosecutors and courts are often willing to offer 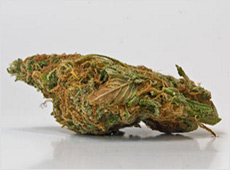 deals to defendants to get them to plead guilty. Without plea bargaining, the courts would be jammed up with thousands of trials, costing them time and money. The whole system would practically grind to a halt. So remember, the plea bargain is not just for your benefit. It’s for their benefit as well. One of the deals often offered is 7411. 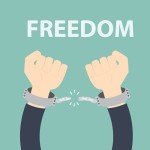 those charged with drug crimes so that they might avoid convictions on their records. Some similar legal mechanisms involve a conviction being entered and then coming off the defendant’s record at the conclusion of
probation. With 7411, the conviction is never entered and the matter is dismissed at the end of the probationary period determined by the court. Any evidence of the proceedings against the defendant are kept secret and are not available to the public.

It is worth noting that 7411 is intended for those accused of drug possession and drug use, not distribution or intent to distribute. While there may be other plea bargaining tools available in distribution cases, the state of Michigan does not grant this particular deal to those found to be either dealing or attempting to deal drugs. It is also worth noting that even if you qualify for it, you are not automatically entitled to 7411. While the statute does not require that the prosecution consent to a plea under 7411, judges often give great weight to the will of the prosecutor and may only allow it to be used if the prosecutor either recommends or doesn’t object to it.

You Need the Right Lawyer

Your attorney must determine if you are eligible for a plea bargain to 7411 or if your charges can be changed to make you eligible. The lawyer must consider all of the available facts and information to make the determination. You need to hire an attorney who is well-versed in the intricacies of the law, the courts, and the prosecution’s methods. The right lawyer will know whether you qualify for 7411 status, and will fight for you if the prosecutor is not intially offering a 7411 resolution. A top defense lawyer will also seek a dismissal, where one is possible. If you do take a plea bargain deal under 7411, the right lawyer will ensure that the terms of your probation are reasonably tailored so that you may gain an outright dismissal at the end of your case and that you are not set up for failure.

If you are looking for the right lawyer for your case in Oakland County, Wayne County, Macomb County, or anywhere in Michigan, contact the attorneys at Lewis & Dickstein, P.L.L.C. by calling (248) 263-6800 or by filling out a Request for Assistance Form. One of our criminal defense attorneys will consult with you to decide the best course of action as you move forward with your case. If we can find an opportunity for a dismissal, we will pursue it. If a plea bargain under 7411 appears more appropriate, we will make sure that you are treated fairly by the court and seek out the best deal possible.

“We are not afraid to win!”