Is lifetime GPS monitoring a violation of the 4th Amendment?

This question will be answered later this summer by the United States Supreme Court.  The court

will be hearing the case of Grady v North Carolina which involves a repeat sex offender that was ordered to wear an ankle GPS monitoring system for the rest of his natural life.  Mr. Grady appealed arguing that constant GPS monitoring violated his constitutional protections against unreasonable searches and seizures.  The court of appeals disagreed with Mr. Grady and upheld the trial court’s decision.  The United States Supreme Court agreed to hear this matter because there is an important constitutional issue involved.  A lifetime is a long time.

The United States Supreme Court – why is it important? 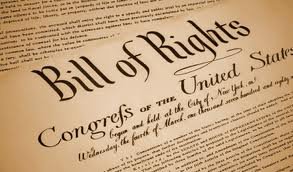 The length of time these people can spend on the United States Supreme Court can influence our laws and rights for decades.  That is why it is important to pay attention to the people running for President, because that is the person who will appoint any new Justices who will have a substantial effect on your life.  You want someone in the White House who reflects the same views that you have on important issues of our time.

Why are criminal defense attorneys in Michigan important?

Charged with a crime in Michigan?

The award winning lawyers at Lewis & Dickstein, P.L.L.C. pride themselves in being creative, cutting edge, and experienced enough to use the Constitution to help their clients.  When you are facing criminal charges and the possible loss of freedom you need to have the best legal representation available.  You need to make sure that no stone is left unturned in the preparation of your defense and the government does not take advantage of you.  Lewis & Dickstein, P.L.L.C. are well respected, knowledgeable and not afraid to use any, and all, options available to assist our clients.  If you need help please contact us at (248) 263-6800 or complete a Request for Assistance Form and one of our attorneys will contact you.  We look forward to speaking to you and we are not afraid to win.