Warrantless Search Allowed When Certain Conditions Are Met – Such As a Consent to Search. 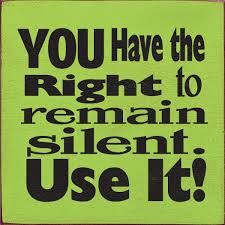 A consent to search will likely serve to make a warrantless search acceptable and any “evidence” located admissible in a criminal prosecution. In United States v Lee, 793 F3d 680 (6th Cir. 2015) the court upheld a lower court’s denial of Lee’s motion to suppress.  Lee was on parole.  He lived with his girlfriend.  Police received a tip that there were possible weapons at the residence.  A warrantless search ensued.  The lower court said the search was acceptable because (1) there was consent, and (2) there was reasonable suspicion.  The court of appeals doubted that there was reasonable suspicion based on a single tip, without more.  However, the court upheld the search based on consent.  Defendant’s girlfriend gave consent to the search.  Defendant argued he could not give valid consent because he was handcuffed at the time.  The court upheld the search based on the defendant having responded to an officer’s question about there being anything he should not have in the apartment by saying, “No. Go ahead and look.”

When the police are at your door and asking to look for something, the answer is no!!  After that, your response is silence.  If the police are at your door there is nothing good that can happen by your agreeing to a search or saying anything. DO NOT DO IT!! If the police are entering your home without consent or seizing property without your consent, do not resist or you will be charged with a crime.  The proper remedy is a Motion to Suppress Evidence and a lawsuit, not a fight or power struggle that you cannot win.

Michigan Criminal Defense Attorneys that can help fighting consent to search and other 4th Amendment issues.

A consent to search does not always make a warrantless search acceptable. Each case has its own situation and needs independent evaluation. This is why you need a criminal law defense specialist to evaluation your individual situation and determine if you have a valid argument that the consent was not voluntary. It is possible it was not and therefore that may serve to get the search declared invalid. These are all issues that a first rate criminal defense attorney can go over with you and discuss the issues and possible defenses that may exist in your particular case. The attorneys of LEWIS & DICKSTEIN, P.L.L.C. have been criminal law specialists for decades.  The firm takes great pride in fighting to protect its clients from misuse of the criminal justice system that causes harm to the every day person. The attorneys at LEWIS & DICKSTEIN, P.L.L.C. will stand up for your rights and make sure that you have the even playing field that you deserve.  If you, or someone you know has a criminal law problem or question, please call the law firm of LEWIS & DICKSTEIN, P.L.L.C. at (248) 263-6800 for help or complete a Request for Assistance Form and one of our criminal defense specialists will call you.  We look forward to helping you.