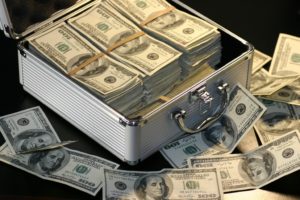 As prescribed by recent changes to civil asset forfeiture law in Michigan, law enforcement agencies were required to report all 2016 forfeitures by February of this year. That documentation has recently been made available to the public and the results are shocking. Of 5,290 civil asset forfeitures in 2016 (amounting to more than $15 million in cash and property), 196 people were charged but never convicted. In an additional 523 cases, an astounding 10% of all forfeitures, no one was ever charged. As bad as this is, directions from the new United States Attorney General could only exacerbate the situation.

Reforms Are Not Strong Enough 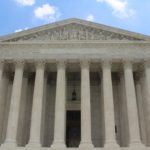 In 2015, Michigan passed a law that changed the standard by which law enforcement could take cash and property as forfeited. The old standard was that the government only needed to show, by a preponderance of the evidence, that a crime had been committed. This is a much lower standard than the one required for criminal convictions, where proof beyond a reasonable doubt is needed. Under the old Michigan standard for forfeiture, the government only needed to show that it was more likely than not that a crime had been committed in order to justify seizure of the assets. Under the new law, there must be clear and convincing evidence of wrongdoing. This is not as high as reasonable doubt, though it is a step in the right direction. The 2016 reporting numbers demonstrate, however, that Michigan has not gone far enough to correct abuses within the system.

Now come changes from the federal government. The new Attorney General, Jeff Sessions, recently announced the reversal of an Obama-era rule that discouraged the use of forfeiture. According to the attorney general, state and local police can pursue seizure of assets if they suspect there has been a violation of federal law. The standard used in pursuing forfeitures stemming from suspected violations of federal law is probable cause, an even lower threshold than even Michigan’s previous “preponderance of the evidence” standard.

It is clear that there is much work that needs to be done on both the federal and state levels regarding civil asset forfeiture policy. The attorneys at LEWIS & DICKSTEIN, P.L.L.C., Michigan’s premier criminal defense law firm, are committed to protecting citizens’ rights against unjust forfeiture claims, fighting for decades to ensure that the government is held to the highest standards. If you have been the victim of an unjust civil asset forfeiture, call (248) 263-6800 or complete a Request for Assistance Form. One of the firm’s experienced attorneys will discuss your case and help determine the the best strategy moving forward. When the government fails to meet its burden of proof, LEWIS & DICKSTEIN, P.L.L.C., will be there to stand up in court and see that justice is served.