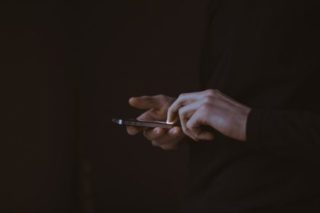 I called the police and now I want to drop the charges.

I called the police, and now I don’t want to press charges. What can I do? How do I get the charges dismissed?

Once the police are called, things are taken out of your hands. In Michigan, the government presses charges, not individual people. Under certain circumstances, all hope is not lost.

There are many times a criminal defense attorney will hear that the victim wants to drop charges or not “press charges.” Witnesses come forward seeking to drop or dismiss charges most frequently in domestic violence cases. Once the police are called, any decision to pursue a case is up to law enforcement. Under Michigan law, the victim, also known as a complainant, becomes a witness, and the state or local community pursues the charges. Because the government has the exclusive power to bring or drop charges, a complainant or victim is powerless to stop a prosecution.

Why would a victim want to drop charges?

There are several reasons why a victim or complainant would want charges dismissed or dropped. There are situations where a victim is threatened or wants to drop charges because they fear repercussions or they are dependent on the defendant for a home or their livelihood. A prosecutor could not know for certain if a victim wants to drop charges because of a threat or for some other illicit reason. Because there is no way to know for sure, the government is always very reluctant to dismiss criminal charges. In domestic violence cases, the government will rarely, if ever, dismiss charges because a victim recants or wants charges dropped.

A victim may want to drop charges because:

The Allegations are Not True or Exaggerated

After filing a false police report or making untruthful allegations to the police, a victim’s conscience may motivate them to come forward and admit deceitful statements or omissions. Most prosecutors and police officers are out to get convictions. They are almost certain to disregard or disbelieve claims by a victim that he or she was untruthful or left out important information exonerating the defendant. The prosecutor will take any opportunity to threaten a complainant seeking to dismiss charges with a charge of filing a false police report. They may tell the person that if they testify that the incident didn’t happen or that it happened differently than it is characterized in the police report, they could be charged with perjury. If the complainant says that he or she will not show up in court, the prosecution may indicate that they will seek a material witness warrant or that they will assume that the defendant prevented that person from coming to court.

In a situation where a complainant or victim made a false police report or exaggerated about the actions of the defendant, he or she may have a legal right to invoke their 5th Amendment right not to testify. It is always best for the complainant to consult with a privately retained lawyer under these circumstances.

False Allegations of Domestic Violence and other Charges

Laws criminalizing and punishing criminal behavior, especially assaults, are very important; however, these laws can be abused. People make false reports of criminal activity to gain an advantage in civil cases, to get the upper hand in divorce proceedings, or to set up a claim for money damages. The most common reasons for false police reports are as follows:

Attorneys For Getting Charges Dismissed or Dropped

LEWIS & DICKSTEIN, P.L.L.C. is Michigan’s premier criminal defense law firm. It takes a seasoned, experienced attorney to convince a prosecutor that a case should be dismissed because that is what the victim wants or because the allegations are untrue. The attorneys at LEWIS & DICKSTEIN, P.L.L.C. have been able to persuade prosecutors not to waste time and resources prosecuting a case or that prosecuting a case is not in the best interest of the community or the complainant. It is important to the firm’s attorneys that justice prevails. If the victim is prosecuting out of spite, anger, or because of another illegitimate reason, our attorneys will do everything possible to expose the false allegations. If you call us for a free consultation, we will take the time to talk with you and hear your whole story and answer all of your questions. We will find a way to help you.