There are Several New Laws in Michigan for 2016 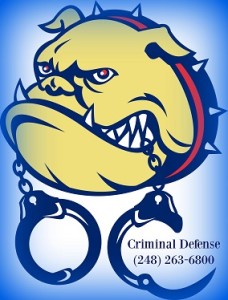 Starting January 5, 2016, a driver who is pulled over by police will be able to show proof of their automobile insurance on their telephone or other mobile device and not need to provide a hard copy to the police officer.

Also on January 18, 2016, the civil forfeiture laws will change.  Law enforcement will have to abide by new reporting requirements and meet a higher standard in court for seizing and taking ownership of people’s property. Agencies that seize and forfeit property will have to give detailed reports to the state police every year.

The end of a year and start of  a new one is often a good time to reflect on the past year and anticipate the future.  The law firm of LEWIS & DICKSTEIN, P.L.L.C. has had the great privilege of helping people through some of the worst times in their lives. The firm is proud of its reputation of compassion, effectiveness, respectability, integrity and success. The attorneys at LEWIS & DICKSTEIN, P.L.L.C. are proven winners. The firm’s attorneys are here to help with any criminal law question, problem or issue that you have.  Please contact us at (248) 263-6800 or complete a Request for Assistance Form and one of our attorneys will contact you.