Police Officer Did Not Read Me My Rights.

A Person Must Be Advised of Their Right Against Self-Incrimination When They Are a Subject of Custodial Police Interrogation. 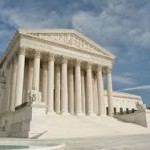 This rule is part of the famous 1966 United States Supreme Court case of Miranda v Arizona.  An interesting bit of trivia is that it was purely coincidence that “rule” turned out to be called “Miranda Warnings”, because the case was part of three other cases, Vignera v New York, Westover v United States and California v Stewart.  These other cases could have been the lead case and we would not be familiar with Miranda.

Ernesto Miranda was arrested at his home and taken into custody.  He was interrogated by two police officers for two hours and that resulted in a confession.  The confession was used at trial and Miranda was convicted.

The United States Supreme Court held that “there can be no doubt that the Fifth Amendment privilege is available outside of criminal court proceedings and serves to protect persons in all settings in which their freedom of action is curtailed in any significant way from being compelled to incriminate themselves.”  The SCOTUS went on to hold, “the prosecution may not use statements, whether exculpatory or inculpatory, stemming from custodial interrogation of the defendant unless it demonstrates the use of procedural safeguards effective to secure the privilege against self-incrimination.  By custodial interrogation, we mean questioning initiated by law enforcement after a person has been taken into custody or otherwise deprived of his freedom of action in any significant way.”

The “take away” from Miranda is that if you are in custody and being interrogated you must be warned prior to any questioning that you have the right to remain silent, that anything you say can be used against you in a court of law, that you have the right to a presence of an attorney, and that if you cannot afford an attorney one will be appointed for you prior to any questioning if you desire. Interrogation means more than just asking for your name and address.  Custody means that you are not free to leave even if you were not formally under arrest.

There have been almost 50 years of court decisions based on Miranda v Arizona, and not all of them in favor of a defendant.  It will be interesting to see the direction the SCOTUS takes regarding Miranda now that it has become more conservative. Premier criminal defense lawyers can help you understand your rights. 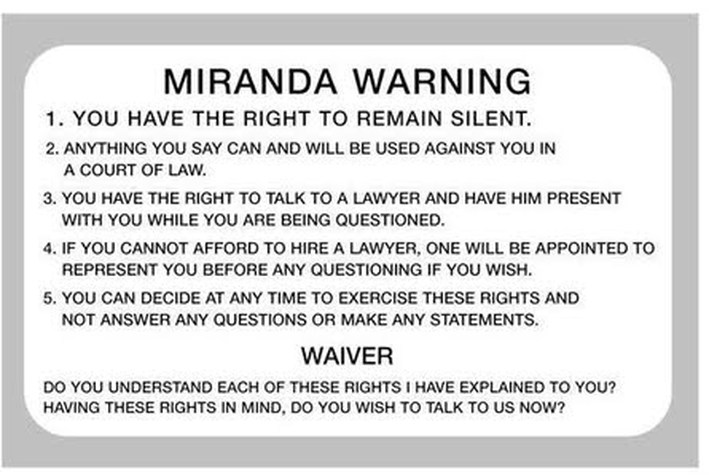 Have Questions?  Call the Premier Criminal Defense Lawyers for Answers 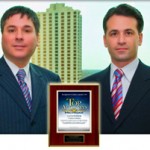 SCOTUS decisions relative to constitutional law and how it relates to criminal cases are frequent. That is why it is important to have great legal representation when you are facing criminal charges or an investigation.  It is in your best interest to have legal help that is aware of all changes in the law and completely up-to-date.  The criminal defense lawyers with LEWIS & DICKSTEIN, P.L.L.C. make sure that they are not only current on the status of the law as it relates to their clients.  They also make sure that any changes are used to their client’s advantage.  The criminal criminal defense lawyers of LEWIS & DICKSTEIN, P.L.L.C. are made up of award winning lawyers that take great pride in giving each client the first class defense they deserve.  Please call us with any questions, concerns or problems at (248) 263-6800 for a free consultation or complete a Request for Assistance Form and one of our first class attorneys will call you back.  We look forward to helping you.