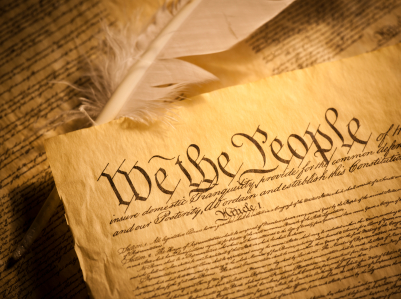 Evidence Seized in Violation of the Fourth Amendment Must Be Suppressed.

Power corrupts and absolute power corrupts absolutely. Police play fast and loose with constitutional rights because they so frequently get away with taking short cuts. Without a strong defense lawyer, there is no check on the government when it skirts the rules.

The FOURTH AMENDMENT to the United States Constitution protects the right of the people to be secure in their persons, houses, papers, and effects, against unreasonable searches and seizures. It also provides that no warrants shall issue, but upon probable cause, supported by oath or affirmation, and particularly describing the place to be searched, and the persons or things to be seized.

In a recent case heard before the U.S. Court of Appeals for the Sixth Circuit, the court affirmed the district court’s order granting the defendant’s motion to suppress evidence seized in violation of the Fourth Amendment. Police officers observed a vehicle that was not dimming its high beams as it passed other vehicles. The officer further observed the occupants of the car “lean over toward the floor of the car.” Upon stopping the vehicle, the officer discovered that the driver of the car did not have a valid license and that the passenger, who was the owner of the car, had an expired license. After ordering the men out of the car, officers searched the vehicle and found a firearm.

The government tried to justify their warrantless search by stating that the search was incident to a lawful arrest and reasonable independent suspicion. The court found the first argument to be invalid under Arizona v. Gant, 556 U.S. 332, 343, 351 (2009). Arizona v. Grant states that police are authorized to search a vehicle for contraband only when they have reasonable suspicion that it contains evidence of the “offense of arrest” and when “the arrestee is unsecured and within reaching distance of the passenger compartment at the time of the search.” The police had the defendant standing at the rear of the vehicle surrounded by other officers at the time of the search. As for the second justification, the court rejected that as well. It found the officer’s claim of reasonable suspicion not to be credible because the officer had testified at the suppression hearing that if the defendant had a valid license, he would have let him drive the vehicle away.

The court found that the district court did not err in concluding that reasonable suspicion to support the search did not exist. Therefore, because of the violation of the defendant’s Fourth Amendment, any evidence seized from the vehicle was suppressed. If you feel that your rights have been violated, it may be in your best interest to contact a Michigan Criminal Defense Attorney. The best chance of winning in court and getting illegally seized evidence suppressed is with lawyers who are fearless in court, highly experienced, and who have a track record of winning.