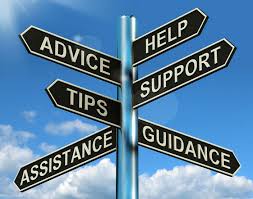 It is now well over one hundred years since drugs were first banned.  We have been told by therapists, government and teachers what addiction is and how it happens.  One common theory is it is simply lack of willpower and the other theory is that addiction is a disease that needs to be treated like any other disease, with medical intervention.  There is a new theory being floated out there that says that environment is the cause of addiction.

In the 1970’s, Professor Bruce Alexander, a professor of psychology in Vancouver, BC, did an experiment with rats.  He put a rat alone in a cage with two water bottles – one just water, the other water laced with cocaine.  The rat focused on the cocaine water until it was obsessed and it eventually killed it.  Then Alexander put a single rat together in a more social setting, with things to play with, good food and plenty of other rats.  When given the option of the two water bottles…..the cocaine water bottle was almost shunned.  The rats with good lives did not like the drugged water.

Is this exclusive to rats?  Johann Hart, the author of ‘Chasing the Scream: The First and Last Days of the War on Drugs’ found the human equivalent of the “rat experiment” with returning veterans of the Vietnam War.  While in Vietnam is was determined that almost 20% of US troops were addicted to heroin.  When these soldiers returned home after the war, approximately 95% simply stopped using heroin and very few needed rehabilitation.  It was the shift from the terrifying “cage” of Vietnam, back to a pleasant one of home and they did not want to use the drug any more.

This way of looking at addiction results in the theory that the opposite of addiction is not sobriety.  It is human connection.

This new theory advocates that treating drug addicts should be done by attempting to reconnect them with the world and they will leave their addictions behind.

About 15 years ago, this was put into practice in Portugal.  At that time, it was determined that nearly 1% of the entire population of Portugal was addicted to heroin.  Portugal decriminalized all drugs, and transferred the money that used to be spend on enforcement to reconnecting the drug users to wider society.  The important first step was to find them secure housing and subsidized jobs so they would have a purpose in life, and something to get out of bed for.  The statistics were that with total decriminalization, drug use was down 50%.

These new thoughts are founded on the fact that human beings are bonding animals.  We need to connect and love.  Today’s environment and culture has cut off that connection.  The rise of addiction is a symptom of that loss of connection.  We are constantly looking towards the next big thing, rather then the human connection.

There are many theories about what are the causes of addiction and how it can be dealt with.  If you believe that you have an addiction problem, it is important that you immediately start the process of dealing with it.  That may require therapy or medical intervention.

Whatever it takes – it is important to do it as soon as possible.  If you have been charged with a drug offenses or alcohol related offenses or crimes, such as possession of marijuana, drunk driving, OWI, operating under the influence of drugs it is important that you contact a Michigan criminal defense lawyer as soon as possible.  A Michigan criminal defense lawyer can properly advise you as to what steps you need to take immediately to help yourself and your situation.

Lewis & Dickstein, P.L.L.C. has been in the business of helping people charged with criminal offenses for decades.  Our attorneys have the experience, knowledge and tenacity to give our clients the first rate defense that they deserve.  We will always go the extra mile to make sure that our clients rights are protected and the prosecutors do their job.  Lewis & Dickstein, P.L.L.C. also has connections with the therapeutic community to get any help that might be needed for our clients.  Lewis & Dickstein, P.L.L.C. are the premier Michigan criminal defense lawyers.  We are aggressive, compassionate and not afraid to win.  Please contact us at (248) 263-6800 or complete a Request for Assistance Form and one of our attorneys will contact you.  We look forward to speaking to you.

The contents of this Blog are intended for educational purposes only or to start a discussion as to addiction and its possible causes and treatments.  Lewis & Dicksten, P.L.L.C. is in no way intending to advocate or endorse any cause or treatment process available or considered for addiction problems.