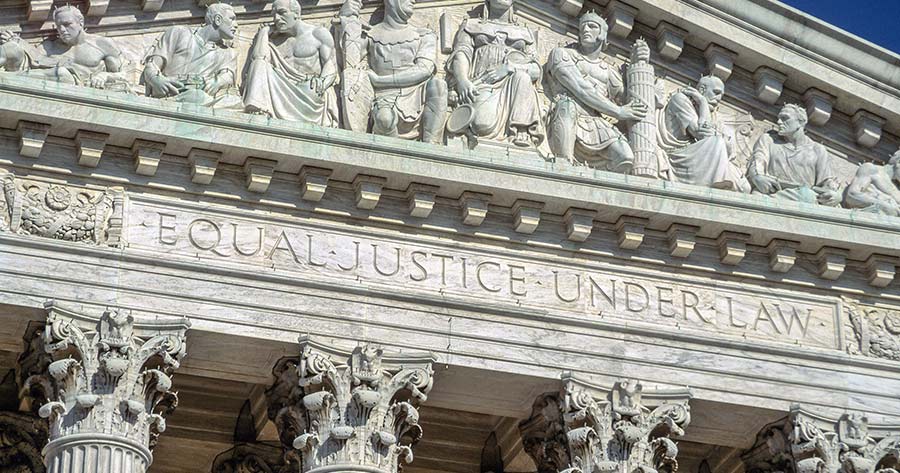 The Practice of Criminal Defense in Federal Court

A prosecution in federal court is intimidating, scary, and complex. Few lawyers have the skill, reputation, and track record to give their clients peace of mind and confidence that they are being both protected and defended.

The practice of advanced criminal defense in federal court is much different from a felony or misdemeanor case in a state court in Michigan. Some of the most significant differences are in the area of discovery. In state cases, the prosecution is required, upon request, to disclose most of the evidence against the defendant at or near the commencement of prosecution. Conversely, the United States Attorney’s office is not required to produce all of its evidence against a defendant in the same way. Essentially, the federal rules virtually allow for “trial by ambush” by permitting the production of discovery extremely late in the litigation process. Because the process is so different in federal court, the need for an attorney with vast experience defending cases in the United States District Courts is critical for a successful defense. Here is what you need to know about important federal criminal rules, landmark cases, and federal terminology.

The discovery rules in federal criminal cases are set forth in Rule 16 of the Federal Rules of Criminal Procedure. Upon the request of the criminal defense lawyer in federal court, the defendant is entitled to receive, inspect, copy, or photograph:

In addition to the Rule 16 Discovery, there are three categories of information to which the defense is entitled in a federal case.

Indeed, the prosecution’s job is not “to convict” but to pursue the truth and further the interest of justice (or at least this is the prosecution’s obligation, even if it is not always faithfully followed). Therefore, as set forth in Brady v. Maryland, the government has an obligation to provide the defense with any evidence it finds that tends to establish the accused’s innocence or might be favorable at sentencing.

The government’s obligation to provide exculpatory information is affirmative, which means that it must provide the defense with this information before a trial, even if there is no specific request. This being said, it is critical for the defense to specifically request Brady Materials early in a prosecution to protect the defendant’s rights if the matter should become an issue on appeal. United States v Agurs, 427 U.S. 97 (1976).

The government also has an affirmative obligation to provide the defense with evidence that tends to undermine their witnesses’ credibility. This is referred to as impeachment evidence.

The following is a list of some Giglio type evidence:

Jenks Act – Prior Statements of a Witness

Criminal Defense Attorneys in federal courts are required to have a command of the Jenks Act and the rules for obtaining evidence, including the statements of witnesses, co-defendants, co-conspirators, and cooperating witnesses. The Jencks Act, which is entitled “Demands for Production of Statements and Reports of Witnesses,” states in pertinent part that:

If the United States claims that any statement ordered to be produced under this section contains matter which does not relate to the subject matter of the testimony of the witness, the court shall order the United States to deliver such statement for the inspection of the court.

If the United States elects not to comply with an order of the court under subsection (b) or (c) hereof to deliver to the defendant any such statement, or such portion thereof as the court may direct, the court shall strike from the record the testimony of the witness, and the trial shall proceed unless the court in its discretion shall determine that the interests of justice require that a mistrial be declared.

The term ”statement,” as used in subsections (b), (c), and (d) of this section concerning any witness called by the United States, means a written statement made by said witness and signed or otherwise adopted or approved by him; stenographic, mechanical, electrical, or other recordings, or transcriptions thereof, which is a substantially verbatim recital of an oral statement made by said witness and recorded contemporaneously with the making of such oral statement; or a statement, however, taken or recorded, or a transcription thereof, if any, made by that witness to a grand jury.

Jenks Act discovery materials, often the bulk of discovery in a federal prosecution, are generally not produced to the defense until right before trial (sometimes not until right before a witness testifies in the middle of trial). Unfortunately, much of this evidence is necessary for effective representation, and the prosecution knows that by delaying producing this information, they gain an unfair advantage over the defense.

On September 8, 2003, an order was entered in the Eastern District of Michigan that was designed to streamline the discovery process in criminal cases and facilitate the orderly production of evidence to the defense. The order, entitled Standing Order for Discovery and Inspection and Fixing Motion Cutoff Dates in Criminal Cases, applies to all criminal prosecutions in the Eastern District of Michigan. The order helps facilitate the distribution of discovery to criminal defense attorneys in federal court.

Generally, the order requires that the prosecution file a Discovery Notice promptly, which generally outlines the government’s discoverable evidence. If denying the identification of some evidence is in the government’s interest, the government may elect not to make such disclosure but must advise the defense that such a determination has been made.

Unfortunately, the government’s role is unclear to many prosecutors who zealously pursue convictions irrespective of the truth or justice. Innocently or willfully, many judges are complicit in the prosecution’s denial of good faith discovery to the defense. The criminal defense in any federal prosecution has to be on guard for discovery violations and aggressively pursue compliance with federal rules regarding discovery production. As you can see, the discovery process is highly complex, and many of the obligations to get complete discovery are the defense attorney’s responsibility.  A lawyer without sufficient experience and knowledge is at the government’s mercy and detrimental to their client.

Many assistant United States Attorneys in the Eastern District of Michigan make a genuine, good-faith effort to comply with the discovery rules. Unfortunately, there are exceptions to every rule, and federal, and state prosecutors frequently get caught up in a culture of “the ends justify the means.” Even in cases where an Assistant US Attorney genuinely attempts to comply with discovery rules in federal court, many federal agents can be obstructive or uncooperative. Reputable, experienced criminal defense attorneys who routinely practice in federal court have a command of the discovery rules and all available techniques to obtain full discovery.

Experienced Federal Criminal Defense Lawyers – We Can Help You