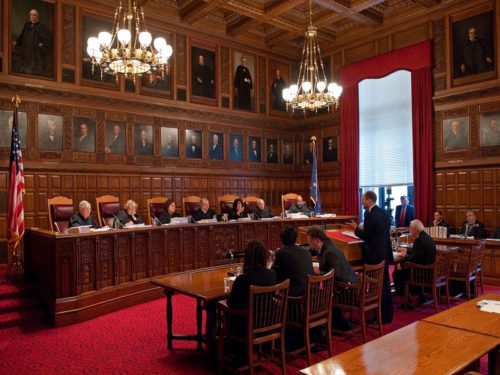 Common Issues on Appeal in Michigan – (We Can Help You!)

There are enumerable issues that can be raised on appeal, and the only limitation is the skill and creativity of the appellate lawyer. A top appellate lawyer identifies the important issues and argues them persuasively on appeal.

Common Issues on Appeal for Criminal Convictions in Michigan

In Michigan, a person who is convicted of a felony or misdemeanor can appeal their conviction and sentence. Typically, a felony conviction would be appealed to the Michigan Court of Appeals and, potentially, to the Michigan Supreme Court. An appeal of a misdemeanor conviction would start in a Circuit Court. After a plea of guilty or no contest, the defendant would have to apply for leave to appeal. An application for leave to appeal is a request for permission to appeal and shows that there is a good faith basis to request a review of the conviction and sentence. A defendant convicted at a bench or jury trial has the right to appeal. The potential issues on appeal in Michigan are enumerable, and it takes an experienced appellate lawyer to convincingly raise the most compelling appellate arguments.

Here are some examples of common appellate issues:

Incorrect Evidentiary Ruling – If a defense lawyer files a motion to exclude or admit contested evidence, the court may have to hold an evidentiary hearing. Trial court judges tend to bend over backward to help police and prosecutors in court, and this can lead to an incorrect evidentiary ruling. Whether or not evidence can be admitted in court is based on the California Evidence Code. On appeal, your attorney may argue that evidence was admitted at trial that should have been excluded. If the issue is reversed on appeal, the charges may be dismissed, or the defendant may get a new trial.

Wrongful Denial of a Motion to Suppress Evidence – A common issue in criminal cases is an adverse ruling on a Motion to Suppress Evidence. For example, the appellate lawyer can argue that unlawfully obtained evidence was admitted in a trial in violation of the 4th Amendment. The conviction will likely be overturned if the trial judge’s ruling on this issue is reversed on appeal. Suppression and 4th Amendment issues are among the most common issues on appeal in Michigan.

Insufficient Evidence – At trial, the prosecutor must prove each element of the offense beyond a reasonable doubt. Despite this heavy burden, juries sometimes make mistakes and convict even though the evidence was weak or lacking. If the evidence was sufficiently insufficient, an appellate court could reverse the defendant’s conviction.

Prosecutorial Misconduct – As legal professionals, prosecutors are bound by law and professional ethics. Under the Michigan Rules of Professional Conduct, a prosecutor should seek justice, not convictions. Prosecutor’s who cross the line and act unethically at trial can jeopardize the outcome of a trial. If a defendant is convicted and the prosecutor engaged in misconduct, the defendant can raise the issue on appeal. Although appellate courts frequently cite instances of prosecutorial misconduct, prosecutors’ trial missteps rarely are sufficient issues on appeal in Michigan to result in a conviction reversal.

Ineffective Assistance of Counsel – Every defendant has a constitutional right to effective assistance of counsel. Effective means representation that meets the minimum effectiveness of a qualified criminal defense lawyer. Suppose the lawyer failed to properly investigate a defense, admit favorable evidence, or object to improper evidence and testimony. In that case, an appellate court might decide that the trial lawyer was so ineffective that they deprived their client of substantial rights. If a lawyer’s representation is so deficient that it deprives their client of substantial rights, an appellate court can reverse the conviction based on ineffective assistance of counsel.

Incorrect Jury Instructions – After the prosecution and defense rest their cases and closing arguments are concluded, the judge instructs the jury on the law. It is not uncommon for the prosecution and the defense to disagree about the instructions. The judge must decide what instruction to give the jury where this is a disagreement. On appeal, the defendant can argue that the judge’s decision violated their rights or did not accurately reflect the law.

Juror Misconduct – Jurors are subject to strict rules throughout a trial. Also, the lawyers, the defendant, and witnesses must be diligent in avoiding any improper contact or an attempt to influence the jury. If a juror violated the rules and their opinion of the evidence was improperly influenced, a conviction might be reversed on appeal. The two most common examples of juror misconduct are when a juror is not truthful during jury selection and when a juror talks with others about the case before being permitted by the judge.

Excessive or Unlawful Sentence – Various rules limit a judge’s discretion at sentencing following a conviction. For example, the Michigan Sentencing Guidelines provide a framework for the judge to consider when deciding on a jail or prison sentence length. Other laws limit the maximum and minimum sentences the judge can impose at sentencing. If the judge violates these rules, the appellate court might reverse the sentence and remand the case back to the trial court for re-sentencing. A sentence must also be proportionate, meaning it cannot be excessive compared to similarly situated defendants.

The Defense Team with LEWIS & DICKSTEIN, P.L.L.C., has multiple lawyers collaborating and working together on criminal appeals. Our combined experience and talent produce results that most lawyers are unable to obtain. If you call us, we will take the time to talk with you, answer your questions, and address your concerns. We will work together to develop a winning strategy.