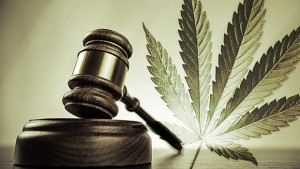 Legal Defenses and Analysis of Recreational Marijuana in Michigan

Ever since 2008, there has been a tremendous demand for the decriminalization of the sale, purchase, possession, and consumption of Marijuana (also termed “Marihuana”) in Michigan. This demand culminated in 2018 when the people of the State of Michigan voted to allow, among other things, the personal possession and use of marijuana by persons 21 years of age or older. The Michigan Regulation and Taxation of Marihuana Act, MCL 333.27951, et seq., (“MRTMA”) went into effect on December 6, 2018, however, it took over 1-year for the State of Michigan to create the regulatory framework for recreational marijuana. On December 1, 2019, the recreational marijuana market legally opened, paving the way for an expansion of state-licensed entities to begin growing, process, transporting, testing, and ultimately selling recreational marijuana. Importantly, the MRTMA governs only recreational marijuana in Michigan; it does not replace or amend regulations governing medical marijuana in Michigan.

Proven Legal Protection for Marijuana Use in Michigan

Whether you are a recreational user or a licensed marijuana establishment under the MRTMA, the legal system governing recreational marijuana in Michigan is complicated. Although public acceptance of recreational marijuana is growing nationwide, there remains tension with public officials, law enforcement agencies, and courts on the recreational use of marijuana. Some of these individuals either ignore or do not understand the legal protections afforded to you under the MRTMA, and, as a result, an ensuing legal battle often occurs. Because law enforcement and most judges are still opposed to marijuana, it is important that you have an experienced attorney if you are charged with marijuana-related crimes in Michigan.

What are you permitted to do under the MRTMA?

The MRTMA provides broad legal protection from arrest, prosecution, penalty, seizure or forfeiture of property, and search or inspection for a person 21 years of age or older who does the following:

What is Prohibited Under the MRTMA?

While the MRTMA does provide broad legal protections to those over the age of 21, it prohibits the transfer of marijuana or marijuana accessories to a person under the age of 21. Those under 21 years of age are also prohibited from possessing, consuming, purchasing, or otherwise obtaining, cultivating, process, transporting or selling marijuana.

The following acts are considered illegal for everyone regardless of age:

Penalties for violating the MRTMA are determined by the age of the accused and the amount of marijuana in his or her possession. Consuming marijuana in a public place not designated for consumption by your local government is a civil infraction. Penalties for persons less than 21 years of age for possession and cultivation of marijuana depend on whether the person is over the age of 18 and whether it is a first or second violation. Penalties can include a civil infraction, fine of up to $500.00, forfeiture of the marijuana, community service, and completion of a drug education or counseling program.

Generally, a person who possesses or cultivates more the amount of marijuana allowed, but less than double (e.g., 12 to 24 plants), may be subject to a civil infraction, fines of up to $500.00 for a first violation or $1,000.00 for a second violation, forfeiture of the marijuana. A third violation is a misdemeanor, which may result in 2-years of probation and fines of up to $2000.00. A person who possesses more than twice the amount of marijuana allowed by the MRTMA or delivers such to someone under 21 years of age may be found guilty of a misdemeanor. Imprisonment in jail is allowed if the violation is proven to be habitual, willful, and for a commercial purpose or the violation involved violence.

Operating Under the Influence of Recreational Marijuana

Although the MRTMA provides certain freedoms, it does prohibit operating, navigating, or physical control of any motor vehicle, aircraft, snowmobile, off-road recreational vehicle, or motorboat while under the influence of marijuana or while consuming marijuana. This prohibition extends to passengers, who are prohibited from consuming marijuana in such a vehicle when on a public right-of-way. Unfortunately, the MRTMA does not provide any guidance or a legal definition of “driving under the influence of marijuana.” The lack of a recognizable, measurable standard is especially troublesome because Michigan law currently has a zero-tolerance policy for drivers operating a vehicle with any detectable amount of a Schedule 1 substance, defined under the Michigan Public Health Code, MCL 333.7212, in their system. Despite recent changes in Michigan law, Marijuana remains a Schedule 1 substance.

In 2013, the Michigan Supreme Court clarified this issue for medical marijuana under the Michigan Medical Marijuana Act (“MMMA”), which contains similar language prohibiting a qualifying medical marijuana patient from driving while “under the influence of marijuana.” The Court determined that the zero-tolerance law did not apply to the medical use of marijuana. Similar language to that in the MMA that was relied upon by the Michigan Supreme Court in rendering this decision also exists in the MRTMA. It is the job of an experienced criminal defense attorney to know the laws and how they work for you, including the requirement that law enforcement officers must be able to articulate facts supporting any arrest for operating under the influence of marijuana.

If you or a loved one has been issued a ticket or arrested for a recreational marijuana-related matter, the attorneys with LEWIS & DICKSTEIN, P.L.L.C. will stand up for you, protect you, and defend your rights. We have decades of experience successfully defending clients with felony and misdemeanor offenses involving allegations of intoxication by marijuana and marijuana use, sale, and distribution. When there is no room for errors and false promises, the attorneys at LEWIS & DICKSTEIN, P.L.L.C. will not let you down.