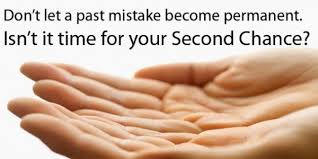 A criminal conviction can have a catastrophic impact on your life and career. The attorneys at LEWIS & DICKSTEIN, P.L.L.C. have helped scores of people fix their criminal records by filing and arguing motions for expungements, motions for relief from judgment, as well as by appealing decisions to higher courts. We also help those whose criminal records reflect erroneous convictions. That was the case with a recent client we’ll call Paul. He came to our firm after discovering he had an old felony conviction out of a Wayne County district court.

In 1982, Paul was a young man living in Michigan. He got into a little mischief, broke a few car windows, and found himself in big trouble with the law. He was arrested, charged with felony malicious destruction of property, and was forced to face the allegations in court. His attorney reached an agreement at the time with the Wayne County assistant prosecutor to reduce the charge to a misdemeanor and dismiss all charges upon the completion of probation. Paul successfully completed his probation, the case was dismissed, and he went on to join the Navy where he served his country for decades.

Flash forward to the present. Paul, who now lives in California, attempted to purchase a firearm. To his shock, the seller told him he didn’t pass a background check which revealed he had a felony conviction from 1982! He knew that wasn’t possible, that he’d undergone many background checks since he joined the Navy and never had a problem. After losing appeals with California’s secretary of state and the FBI, Paul contacted the Michigan district court where the case had been originally disposed. To his dismay, they had no record of his arrest, the charge, or any conviction because all records from that time had been lost. 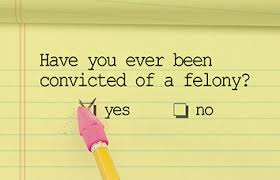 That was when Paul found LEWIS & DICKSTEIN, P.L.L.C. We have decades of experience fixing criminal records and we have an appetite for finding creative solutions to complex problems. After a thorough investigation into Paul’s case, we determined that a lawsuit against the court was necessary to compel it to correct the record. Sometimes defense attorneys need to go on the offensive. In the end, we settled the matter with the court and obtained justice for our client. That order correcting the record has now gone out nationwide, the FBI has certified it, and Paul’s criminal record is again blemish-free.

If you’ve been falsely convicted, wrongly accused, or otherwise need help fixing your criminal record, call (248) 263-6800 or complete a Request for Assistance Form and one of our attorneys will be in touch. The legal system can be complicated difficult to navigate. You need an attorney who understands how all the levers work and has the persistence that is often necessary to fix a criminal record.